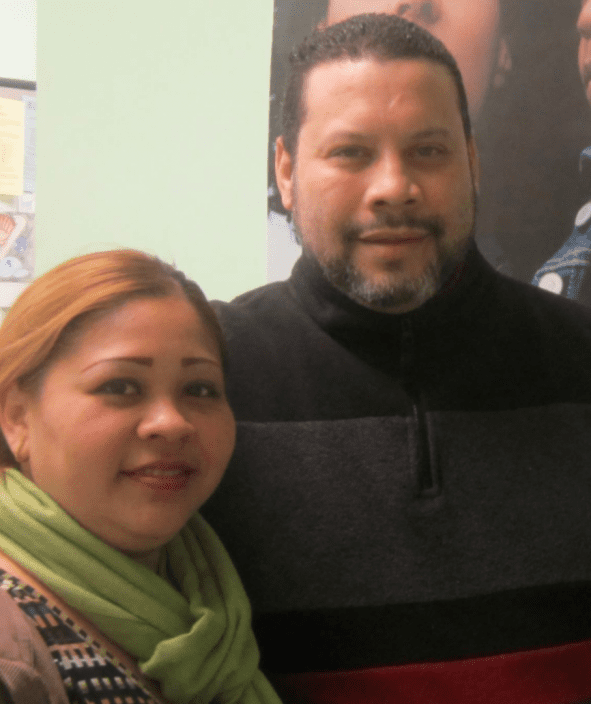 Born in Puerto Rico, Alexander has been a proud New Yorker for many years. He met his wife here, and the pair have two young children. In 2008, the family spent more than a year in the shelter system. When they moved into their own apartment in Brooklyn, they were ecstatic. However, there were complications with the rental assistance program that had provided support while Alexander looked for work, and the family was soon behind in rent. “The landlord was knocking on my door every two days,” demanding money, Alexander says. The landlord began court proceedings, and threatened to marshal the family out of their apartment. My mind was going crazy; I didn’t know what to do. If it weren’t for [RiseBoro] I think we’d be out in the street again,” he says.

Alexander came to RiseBoro and met Joanna, a lawyer with the RiseBoro Legal Services program, who counseled him, assisted him with paperwork, and represented him in court—all for free. “I was surprised,” Alexander says, “I didn’t know there were agencies like this that would help people.” As Alexander’s attorney, Joanna convinced his landlord to postpone the eviction. Next, she filed paperwork and persuaded the judge to grant the family an extension on paying their outstanding rent. Alexander contributed towards the rent he owed; these funds, combined with a HomeBase subsidy, ended the family’s turmoil at last.

Today, the Ortiz family is happily and stably housed, and Alexander recently landed a job as assistant manager at Duane Reade. “These programs are for everybody,” he says, “If people will take one step toward HomeBase, HomeBase will take 20 towards them, and that means helping them out in any way they can. My story is that if it wasn’t for these programs, I would have been back to square one: out on the street, with no shelter for my kids, and nowhere that I could rest my head and feel safe.”

if it wasn't for these programs, I would have been back to square one: out on the street, with no shelter for my kids, and nowhere that I could rest my head and feel safe

Our vision and mission is to provide legal services and community empowerment to vulnerable Brooklynites. LEAP assists tenants in gaining access to justice with dignity by preventing evictions and preserving thousands of housing units ...