MY VOICE THEATRE is made possible by the New York State Council On The Arts with the support of Governor Andrew M. Cuomo and the New York State Legislature (NYSCA) , The New York State Office of Addiction Services and Supports (OASAS), by public funds from the New York City Department of Cultural Affairs, in partnership with the City Council, and with financial contributions from Santander Bank and the TD Bank Charitable Foundation. 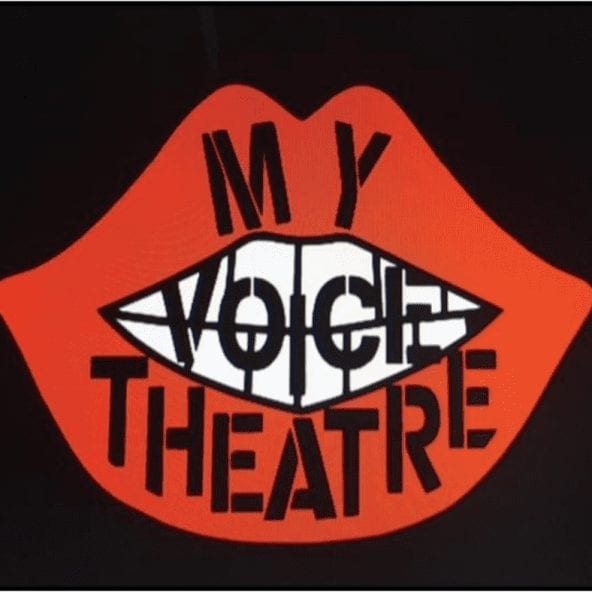 RB Education Creative Arts, located within the Riseboro Youth Center in Bushwick, provides a variety of arts instruction to youth residing across North Brooklyn. Our flagship My Voice Theatre (MVT) program, founded in 1996, is an issue-based youth theatre company that offers youth aged 12-24, from low- to moderate-income households, a safe environment to have their voices and lived experiences valued through global exploration, journal writing, and introspection. Inherent to MVT is a Prevention and Trauma-Informed framework which reduces the impact of traumatic life experiences and helps to foster stable and healthy families. Our philosophy centers company participants’ voices and stories foremost as they  learn to unpack the story of their lives, expressing their thoughts and ideas in verbal and written form,  and then create performances for the general public. Company members strive to break codes of silence within their community and culture, and produce original theatrical works born out of a therapeutic pro-social process. We help youth unpack and work through the underlying factors that contribute to low self-esteem, anxiety, depression, self-harm, alcohol and substance abuse, maladaptive behaviors, incarceration, and suicide—many of which are often the result of unaddressed traumatic life experiences.

MVT company members boldly confront and demystify stigmas surrounding a host of hard-hitting issues. By shining a light on topics typically shrouded in shame and silence, the work of MVT participants is both self-actualizing, and of immeasurable value to marginalized communities which are often beset by disillusionment and hopelessness. We help under-served  youth realize that they are not simply what has happened to them—that they have the power to redefine the trajectory of their lives and create a better future for themselves, their families and their communities.

MVT has two components, a six-week summer intensive, and a school year after school program.

MVT’s SCHOOL YEAR COMPANY is made up of 12-20 youth, ages 12-19, who express an interest in acting and come in to audition for the program. Rehearsals are for an hour and a half twice a week, September-June. During the year the participants receive training in improvisation, speech, projection, stage direction, motivation, character development, and performance. They also receive education and life skills training to assist them as they navigate issues. The company meets every Tuesday and Thursday from 4:30 pm – 6:00 pm.

MVT’s SUMMER INTENSIVE is a 25 hour a week, 6 week theatre intensive, where 12-15 young people, ages 16-24, come together to create and perform a show of original work for the general public, which is performed during the last week of the program. It runs Mondays, through Thursday, 10:30 am to 5:45 pm.

My Voice Theatre (MVT) is an issues-based youth theater company founded in 1996.  The company has performed for thousands of local community residents at RiseBoro’s Youth Center, and civilian and government officials at the Brooklyn Family Court, and at the Supreme Court of New York City.  Governor Pataki, and Department of Education Chancellor Klein have been in attendance at MVT performances. Each year MVT performs at the annual RiseBoro Community Partnership’s Youth Day and Street Fairs. They have also performed at the North Brooklyn Coalition Against Family Violence Graduation and have appeared on “In The Know” on Brooklyn Community Access Television, “The Artists Forum” on MNNTV in Manhattan, as well as on “UTV Live” in Ireland. Since 2000, MVT has traveled and performed abroad in Liverpool, England, and Enniskillen, Northern Ireland. Recent works include the plays “On Da Stoop”, “Scenes Unseen” and “QuaranScenes-My COVID Life”. See the MVT YouTube channel for performance videos.

Because of their commitment to social change through the arts, My Voice Theatre was the only group from the United States invited to an International Youth Theatre Festival in Liverpool, England in August 2000. They were invited back in 2001 to work in collaboration with the “Links” and “Children for Peace” Youth Festivals in Liverpool and Warrington England. In 2002 they worked on their next international project which was held in Enniskillen, Northern Ireland. This project was for the European Year of Languages and brought together 6 groups from Ireland and Spain who developed theatrical presentations on the theme of communication. They were invited to return to Enniskillen in 2003 to perform for, and work alongside, several organizations who work with disenfranchised and challenged youth and adults in both Northern and Southern Ireland.

Read about lives changed by RiseBoro