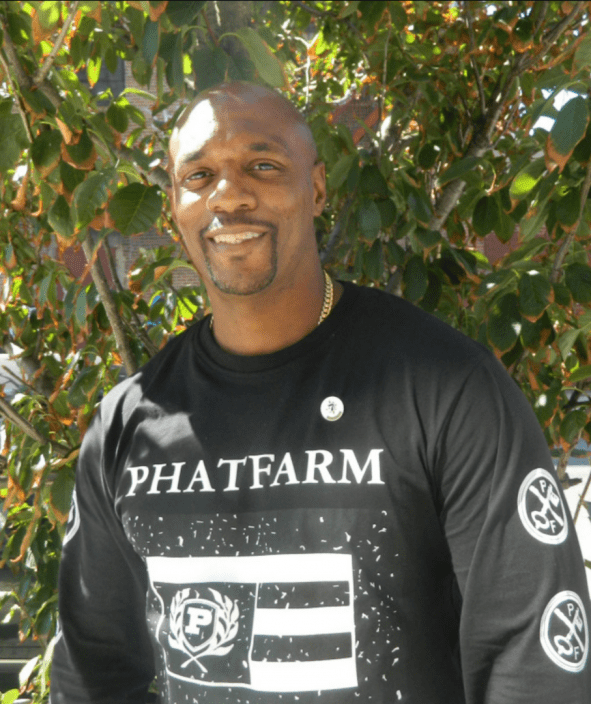 A Brooklyn native, Thaddeus Canty was raised in the Borinquen Housing projects of Bushwick, just steps away from the Community Empowerment Center’s main offices. Upon returning to the neighborhood he says he is shocked and pleased by how much has changed, noting all the residential and office buildings lining the streets where empty fields once were. “I love this neighborhood. It’s home. A lot of joys and troubles came from this area.”

Getting caught up in what he calls a criminal lifestyle from a young age, Mr. Canty was in and out of the prison system for most of his adult life. While in prison, Mr. Canty said one day he had an epiphany: “I looked in the mirror, and I didn’t like what I saw.” He took the mirror down and began to make changes, getting involved in a number of available programs and enrolling in college courses. After six months he put the mirror back on the wall and says he finally liked what he saw.

In May 2016, Mr. Canty was released and wanted to find an apartment for himself, away from the area that so often pulled people into crime. He heard about the SEPS program at the Redemption Center, a ¾ transitional house where he was living at the time. After visiting Social Services, he went to the Empowerment Center’s Brownsville office which enrolled him in SEPS. He worked closely with Housing Specialist Joseph Salmon, and also Brownsville Director Marcia Hargrove. He says once he started working with Marcia, “things clicked. She was very helpful, she pushed everything through and took care of business.” Mr. Salmon, he says, “was great, hands on, communicative, answered every question and always got it right.” Through the advocacy of the Empowerment Center, Mr. Canty was moved into his own apartment in Elmhurst, Queens in the summer of 2016.

He has since referred several people to the Empowerment Center’s services and is incredibly grateful for the SEPS program for finding him a place to live and alleviating some of the financial stress that makes it so difficult to become self-sufficient in a city like New York. Through the assistance provided by SEPS, he has been able to get on his feet and pursue his passions.

Mr. Canty expects to receive his Bachelor’s Degree in Organizational Management in November 2016. He has also been working as a youth mentor, recognizing the importance of reaching young people who are at risk of getting caught up in a dangerous lifestyle. He even recently saw two of his mentees present an animated video they created about the difficulties of life in their neighborhood at Carnegie Hall. He said it was an incredibly moving experience to see two young people who first walked into the program “hard and jaded” rise above their challenges and accomplish such an impressive feat. Mr. Canty is drawn to youth advocacy because he sees himself in so many of the young people who walk through the program doors. He says it is critical to reach youth, particularly inner city youth, uplift them and show them that hope and better options do exist.

Mr. Canty is highly ambitious and hopes to get his self-designed youth mentoring program called M.A.D.G.E. (Mentors Against Drugs and Guns through Experience) off the ground. He plans to run the program from a newly renovated space in the church where his mother is a pastor. He is working with Columbia University’s Associate Dean for Community and Minority Affairs in laying out his program and grant writing.The program will be largely based on his own experiences. “Kids don’t want codified knowledge,” he said, emphasizing the need to alter the perception among young people of what’s “cool” from a first-hand perspective. In order to change those perceptions, he intends to cultivate a sense of social awareness and emotional intelligence among young people. The goal is to build self-esteem while also discussing the consequences of dangerous lifestyles, as well as solutions and techniques in self control. He has a number of ideas for the program, including a rooftop garden project.

In his spare time, Mr. Canty loves to read. His favorites include African American literature, and nonfiction. He is drawn to Westerns, both books and movies, and also the Mountain Men book series, “these are guys who like to be independent. I can relate.” He loves watching sports, and as a grandfather of a two-year-old, enjoys spending time with family as well.

To anyone currently going through a crisis similar to his, Mr. Canty says to embrace the struggle, and that there is always hope. “Without struggle there is no progress, and you can’t expect to progress if you don’t expect to struggle.” Mr. Canty says even through all of his hardships, he never counted himself out.

I looked in the mirror, and I didn't like what I saw

The Next STEPS (Striving Toward Engagement and Peaceful Solutions) program provides mentoring for youth aged 16 to 24 in Brownsville, Brooklyn. The program aims to promote education, employment, health services, family engagement and civic participation.

Mentorship, guidance, and relational connection are foundational to supporting the growth of youth as they transition from childhood into adolescence and young adulthood. RiseBoro offers mentorship to provide support, to cultivate cultural appreciation, to strengthen community consciousness, and to cultivate…