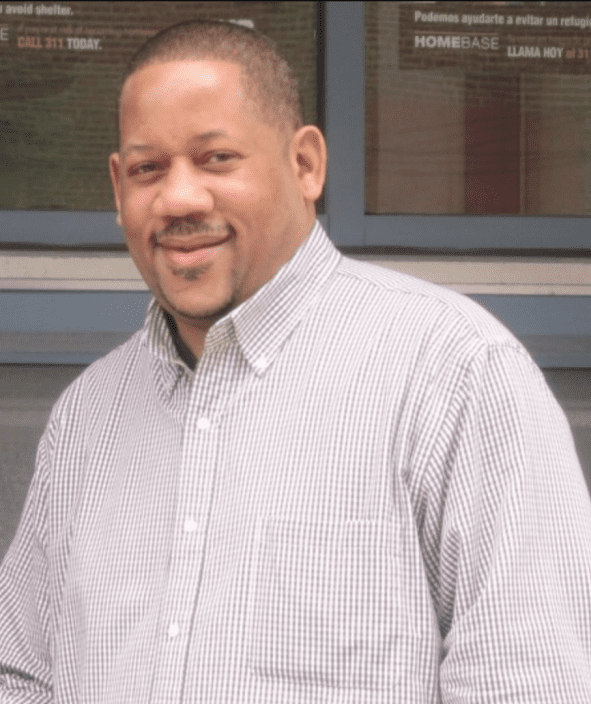 Steve grew up in a military family, with a father and two older brothers who were proud members of the US Army and Navy. Carrying on the tradition, he enlisted as soon as he graduated High School. In the military, “I learned discipline to share and become a team member in order to complete the mission in front of us,” he says, “It was a brotherhood experience that I will never forget.” Post military, Steve worked in security for many years. When he was laid off, funds became tight, and he fell behind on rent payments, eventually receiving an eviction notice. In housing court, he was discouraged by his experience. Homelessness appeared imminent.

A phone call to 311 connected Steve with RiseBoro’s Supportive Services for Veteran Families (SSVF) program. “I was about to lose my apartment, I had to act fast,” he says. He met with a case manager who guided him through housing court and helped him formulate a plan to avoid eviction. “[RiseBoro] was very informative about letting me know what I had to do so I wouldn’t lose my apartment,” Steve says. SSVF funded security guard training for Steve, and his case manager connected him with free professional clothing and job interview referrals. Soon, Steve was hired for a high-profile security position at a Manhattan bank. Once employed, Steve qualified for city funding that enabled him to pay his outstanding rent.

“I would absolutely recommend this program to other Veterans. SSVF will assist you. They’re very kind people and the help is there, you just have to want it. I urge Veterans to reach out to this program,” Steve reports. Today, his daughter, a sergeant stationed in Afghanistan, is carrying forth the family’s military tradition.

They're very kind people and the help is there, you just have to want it