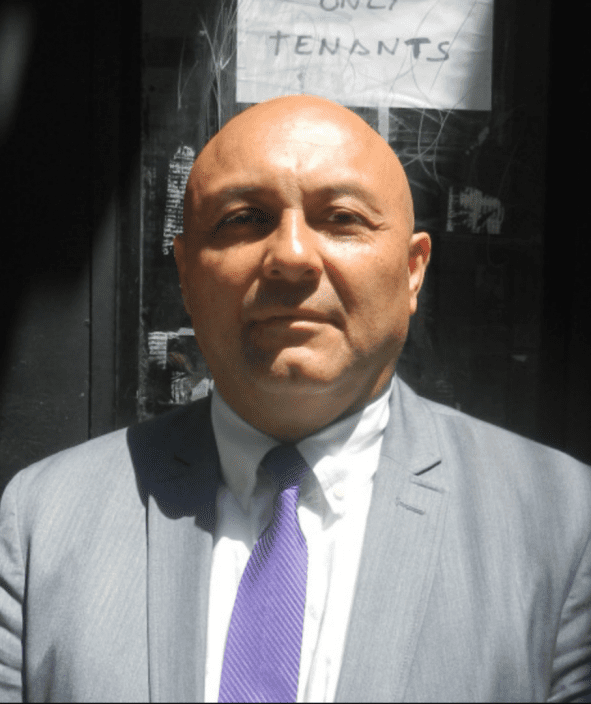 Mr. Raul Clavijo joined the U.S. Marines at 17, where he finished his high school degree and completed tours in Japan, Korea, Philippines and China over the course of four years. When he returned to the U.S., he served in the National Guard for two years. Trying to get on his feet, Mr. Clavijo was coping with PTSD after his service. “It’s tough. You don’t want to show that you’re struggling, so you try and hide it.” After he lost his job when Hurricane Sandy struck New York, Mr. Clavijo found that bills and rent had piled up. His landlord was threatening to evict him, and he started going to housing court.

Mr. Clavijo was referred to HomeBase in December 2015 by a HELP USA Veterans program he visited in Manhattan. Mr. Clavijo’s case manager Kathy helped him receive a One Shot Deal covering most of his arrears, while HomeBase covered the rest. “Kathy referred me to a lawyer for housing court, but I never ended up needing a lawyer with the help HomeBase gave me. I was able to go to court by myself and explain to the judge all the assistance I was getting.” In addition to supplementing arrears, HomeBase also helped with Mr. Clavijo’s ongoing rent for two months. Mr. Clavijo also benefitted from the financial counseling services offered by HomeBase.

Currently working for a transportation company, Mr. Clavijo hopes to become an advocate for veterans. “It was an eye opening experience,” he said of his work with Veterans HomeBase, “a lot of us veterans to don’t realize the rights we have, we don’t know where to go. Coming here gave me a sense of relief, knowing that people care.” He is currently working on developing an outreach program to help veterans by sharing his own experience and explaining the kind of help available to them. “There can be a lot going on inside. I want veterans to know there’s something for you to reach out to.” He is also working with his company on starting a recruitment project aimed at veterans, and hopes to engage his employers with the work of HomeBase, so they can provide support to the program.

Coming here gave me a sense of relief, knowing that people care