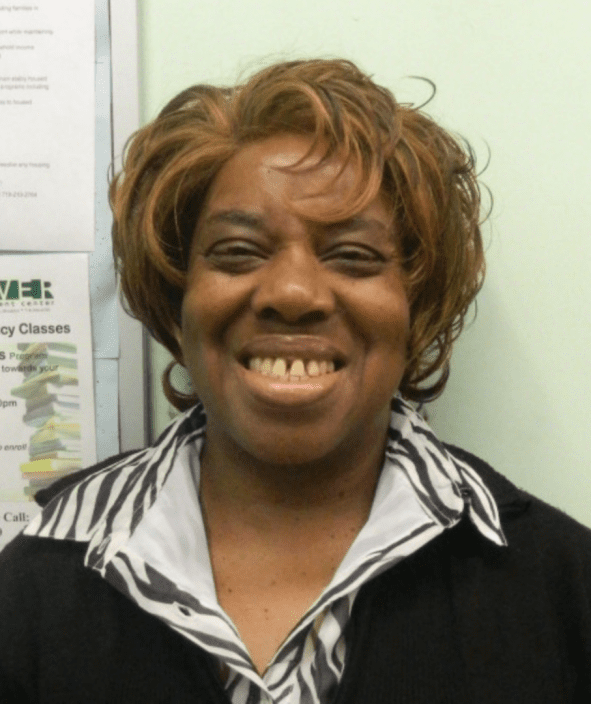 Marilyn Reaves served in the U.S. Army for six years where she learned a great deal about life and perseverance. She had lived in New York on and off for several years, but moved here officially in 2008 to live with her aunt. After her attempt at opening a recycling business was unsuccessful, Marilyn fell behind in rent. She was evicted from the apartment she had lived in since 2011, found herself in housing court and spent several weeks in shelter. After unsuccessful attempts with other agencies, Marilyn found out about HomeBase through a printed advertisement.

Marilyn’s case manager was already up to speed about Marilyn’s case when she arrived. They worked quickly to find Marilyn Public Assistance that covered part of Marilyn’s arrears, while HomeBase picked up the rest. Marilyn was allowed back into her apartment and worked closely with the employment specialists at HomeBase so she find a job. She also received financial counseling. Marilyn says her own dedication and persistence was matched by HomeBase, “what made it great is that they didn’t quit on me. They wouldn’t let me quit.”

Her housing crisis taken care of, Marilyn sees herself on the road to “success and more success.” With her newfound sense of independence, Marilyn is looking to take courses in health aid and computer skills. She is determined to help other people in crisis, and has already spent time talking to friends and neighbors about what she learned at HomeBase. She wants others to know that “no matter how dark the cloud, there is light.”

"what made it great is that they didn't quit on me. They wouldn't let me quit