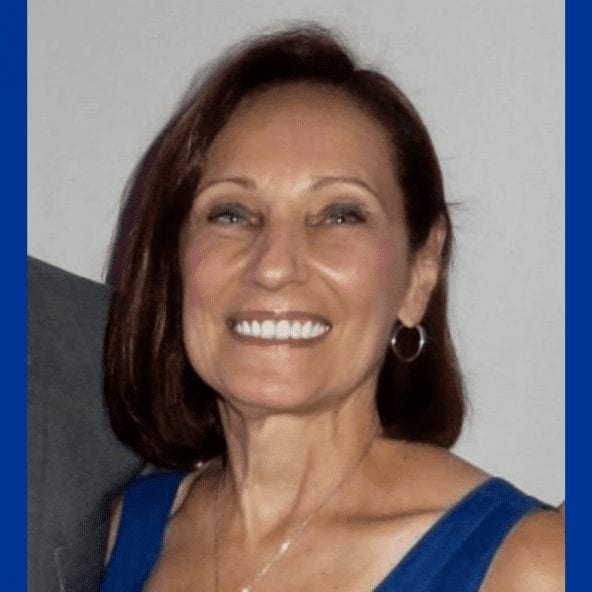 Angela Battaglia was born and raised in Bushwick, Brooklyn where she attended elementary school.  Born to first generation Italian-American working class parents, she was raised with a strong education and work ethic.  She was accepted into the honors program at Christ the King Diocesan High School in Queens where she graduated in the top ten percent of her class.  From there, she went on to Fordham University in the Bronx where she graduated magna cum laude with a degree in modern languages and linguistics and developed a proficiency in the Spanish language.   Because of Angela’s intrigue with the Spanish language and Latino culture she considered joining the Peace Corps upon graduating college.  Her love of community and family, however, kept her grounded in Bushwick where she applied her passion and skills in performing her life work.

Angela was hired by the Ridgewood Bushwick Senior Citizens Council, now RiseBoro Community Partnership, in March of 1978 to coordinate a landlord/tenant information and assistance program in Bushwick.  Starting out as a staff of two, Angela developed the program into the premier housing and community development program it is today.  During her 40 year tenure at RiseBoro, Angela was responsible for the development of over 3,000 units of affordable housing and the redevelopment of the first brownfield site in the state of New York into affordable housing. This consisted of over 300 units of rental and homeownership opportunities for local residents.  Angela also grew the program from a staff of two to over 250 workers, emphasizing to everyone hired that it was not about “bricks and mortar” but rather about the people they served.  She insisted on personally interviewing every candidate for every job to ensure that those hired understood that service delivery to the community was the primary goal.

The development of much needed affordable housing to a neighborhood largely ravaged in the late 70’s and early 80’s by arson fires and owner disinvestment was a central focus of the housing program. Angela understood that this could not be accomplished in a vacuum. She developed and coordinated a series of what she called “soft service” programs as differentiated from the bricks and mortar which included a Fire Prevention and Arson Awareness Program, a tenant and community organizing program, a state funded Neighborhood Preservation Program, and housing upgrading and homelessness prevention programs which included the internationally recognized RB HomeBase program and Riseboro’s first legal assistance program.  Almost all still exist today. In addition, Angela brought to Bushwick the Child Health Plus Medical Enrollment Program, Food Stamps Enrollment Program and a multitude of job readiness and training programs.

Angela’s love of her neighborhood led to her involvement in many activities and organizations.  She organized tenant and community groups, among them the Northern Bushwick Residents Association, the Bushwick Residents Association, the Jefferson Street Anti-crime Task Force, the North Brooklyn Public Housing Coalition, and Brooklyn Unidos, a membership group hosting monthly meetings aimed at empowering local residents and raising awareness of issues important to the Latino community.  While at RiseBoro, Angela also served 17 years on Bushwick’s Community Board Number 4, followed by 18 years as a Mayoral appointee on the New York City Planning Commission.

Angela retired from the staff of RiseBoro in June, 2018.  In October of 2018 she became a member of the RiseBoro Board of Directors, a position she fulfills with energy, enthusiasm and passion.

Often recognized for her leadership skills and passion for her work and the people she served, Angela would often say, “This isn’t a job for me, it’s my life work.”